For years now, Young M. A has been one of the most famous female rappers in the game, constantly leveling up and gaining big streaming numbers on her current singles. Soon, she will soon be dishing out her debut album to the world, which made fans more excited. Her story In The Making will be available at the end of this month and so as to get everyone hyped. Earlier today she visited the Hollywood Unlocked to chat with Jason Lee about her career, stating that she’s no longer a lesbian. 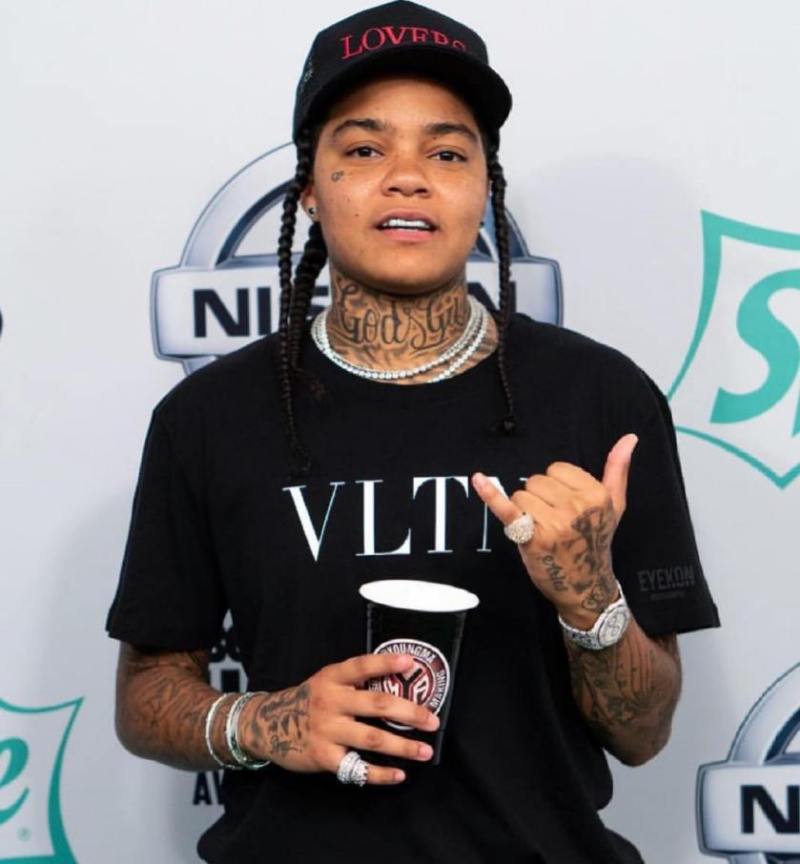 Young M.A is one of the most famous rappers that falls under the intensive LGBTQ (lesbian, gay, bisexual, transgender, queer) umbrella. She publicly dated women, taking pleasure in a romantic union with Tori Brixx last year, but she no longer feel a need to label her sexuality. When Lee asked about her sexual orientation, the recording artist said that she is not a lesbian. “No, I’m Young M. A” she reply to the question. “We don’t do no labels. I just wouldn’t date a guy. Nah bro, I don’t like that. ” she added.

In the same interview, the Brooklynite also talked about her beef with Kodak Black and his comments about Nipsey Hussle and Lauren London. The interview was so intresting watch for your self and hear her comments on her sexuality.