Nicki Minaj continues to tease a potential wedding with her boyfriend Kenneth Petty, even though as earlier last week, Nicki went out of her way to put down those rumors. TMZ ran a report on those false rumors right as Nicki Minaj was scrapping together a composite image describing Petty and herself at a younger age.

Clearly, Nicki and Petty were high school sweethearts, but as fate would have it, their romance would be crushed at the stem by faithfulness to the grind – Petty learning the wiles of the Devil, Nicki Minaj becoming a Devil incarnate herself. They would forever be connected. 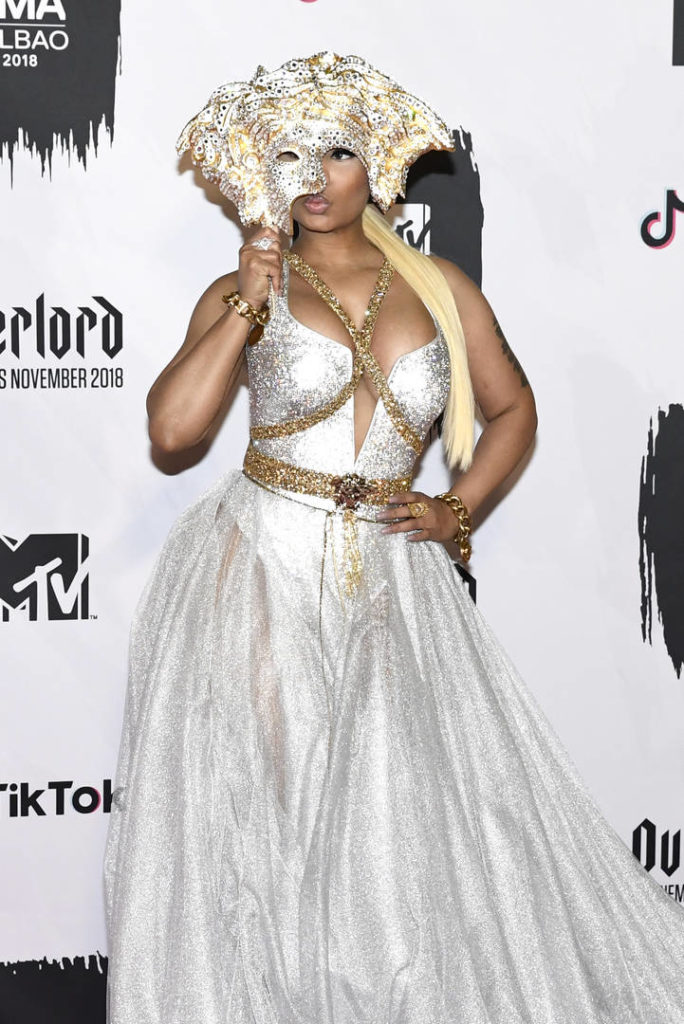 Nicki’s allusions of a puppy romance, although lovely to no end, don’t suffice as evidence of a marriage proposal. On the other hand, Nicki is giving her fans every reason to think that a proposal is being discussed inside their pre-marital compound. Just yesterday, Nicki Minaj was in Zurich, Switzerland attending an event, (non-tour-related) where she campaigned in a makeshift bridal outfit.

The above Instagram post showcases the outfit in all its splendor. Nicki’s gown certainly pre tells an antiquated lust for a lavish ceremony, the veil covering her face is as Masonic as it gets. To top it all off, Nicki refers to Petty as her husband whenever given the chance.